This document provides an introduction to secure clusters.

It may be the case that a user needs to connect multiple Windows virtual machines. tiCrypt supports this feature with something called constellations.

Constellations are a network of virtual machines that can be created and managed through the tiCrypt interface. Any user that has the permissions to mangage the VM Brick of VM and the corresponding worker VMs are eligible to create a cluster.

The image below depicts the tiCrypt Constellation Architecture. This diagram is referenced below. 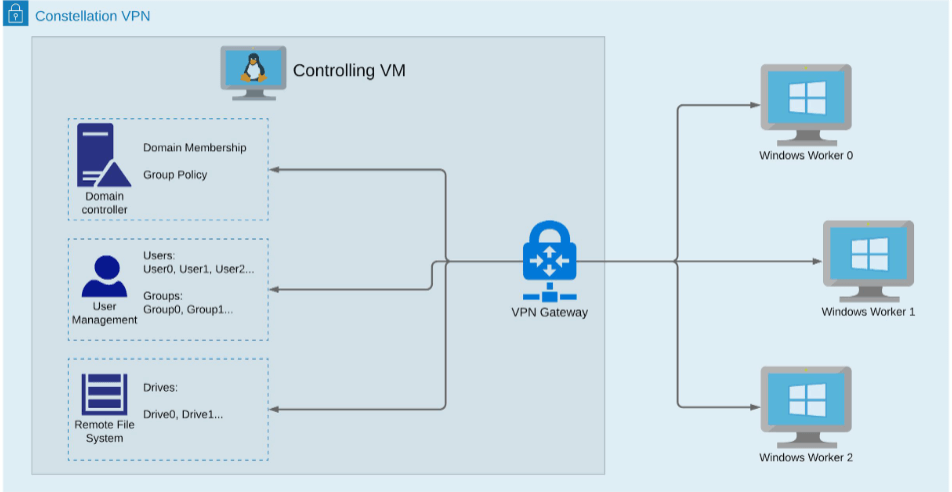 Windows Workers are not different from the normal tiCrypt VMs and they can be utilized for the same purposes. The advantage to these VMs is that they can be clusterized. This allows the user to distribute tasks among different machines while sharing aa common file system and user management. These machines can also act as servers inside the constellation; becuase the constellation’s internal traffic is isolated from the rest of the system, it allows for intercommunication among these machines.

How to start up a cluster 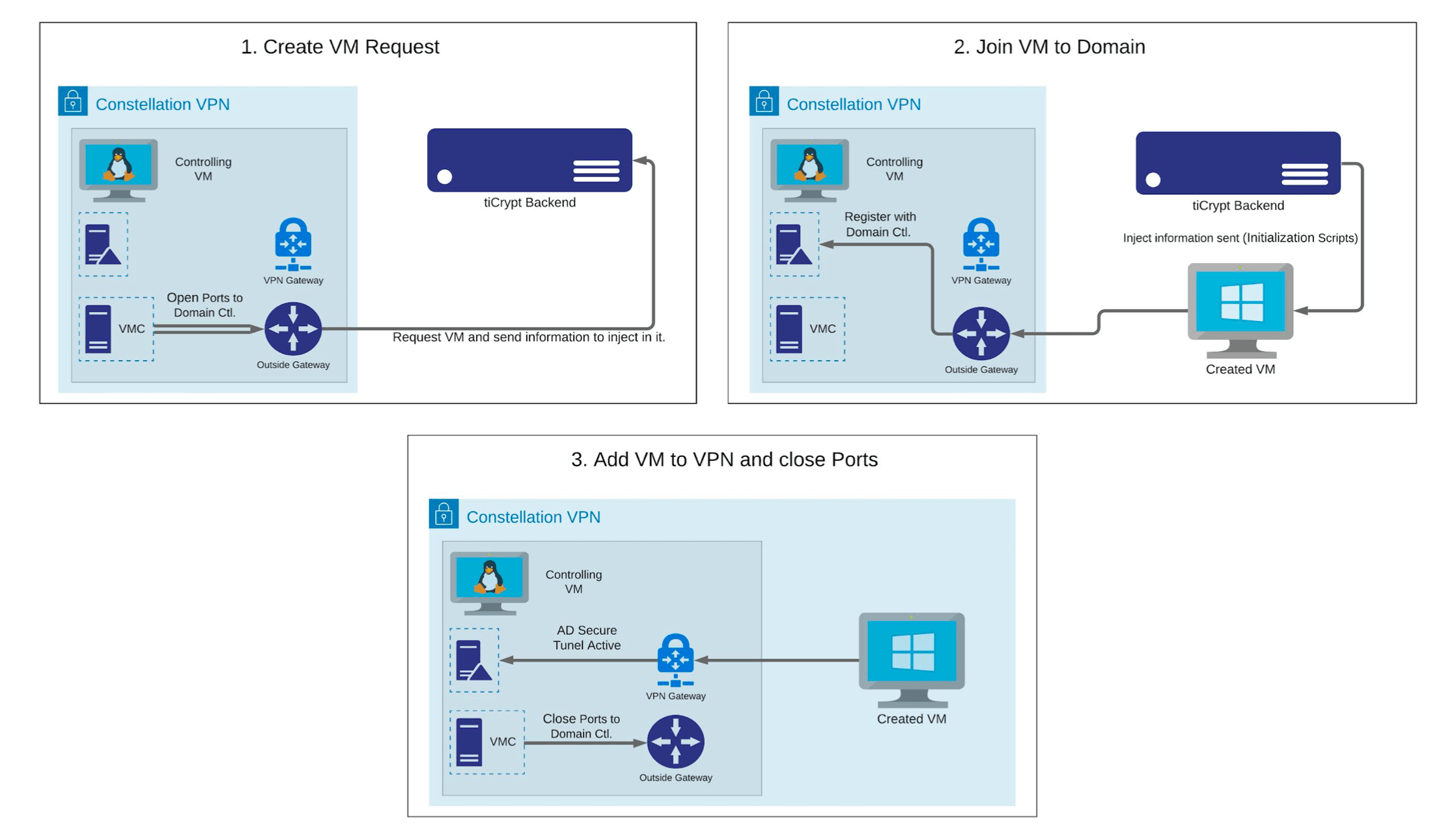